Team Spiritz were invited to this 17th Century pub due to the fact it had never been investigated before, and the owners had experienced paranormal activity for a number of years, we went to see if we could get some answers to this activity. 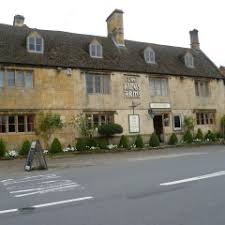 9:30pm:-  Team Spiritz arrived at the location and were shown around the building by the owner. They began to set up equipment in the loft area. It was very cold and dusty, with loose floorboards so the team had to be very careful. Andy did a circle of protection. He then began to call out. Charlie's camera would not focus, photos were taking blurred. The K2 metres were going to red. A knock was heard but they couldn't tell where it was coming from. Jo was then picking up on a young boy, aged 8 to 10. The boy was responding with the K2 metres, making them flash to red. John saw a light in the corner of the room. They decided to leave a trigger object of a toy in the area, to see if he would move it. John placed a marble on top of a unit, as he walked away, it fell off. The rest of the team then tested the floor etc. around it, to try and make it fall off again, but couldn't, and it stayed there for the rest of the night, so couldn't explain how it fell off. They then tried glass divination, with K2 metres on the table also, K2 metres were responding to questions, but got no response on the glass. Dave asked to move the marble again and the K2 metres went to red. John saw a white light over his left shoulder. They were still getting no response on the glass so they decided to head down into one of the bedrooms.

In the bedroom, the K2 metres were flashing straight away. There was a bang coming from the cupboard behind the bed. Jo and Charlie felt a knock on the bed. Andy had the image of a man in a top hat, and was drawn to the corner of the room, by Jo. Jo was also picking up on a male spirit. Andy felt like the man would have had business meetings. He felt he was Victorian. He was holding a stick/cane. They had to call him Sir. He told Andy "I won't give you my name, you will call me Sir!". In a posh voice, he also said "I'm here to meet my friends, where are they?". Andy had a vision of him standing over someone lying in the bed, scaring them. Andy felt drawn to John, the male spirit said to John, through Andy "Why are you sitting on the floor young Sir?" Andy sent John to another bedroom. Charlie had earache. The k2 metres started going off. They asked spirit to affect John in the other room, to tickle his ear or touch his face. Dave had his head touched. They asked spirit to affect the k2 metres if they had affected John, and all the k2s started going mental, so they called John back. Jo asked them to stop the k2s, and they stopped immediately. It went to red to confirm they had touched Dave's head. When John came back, he said he had felt his neck being stroked. Dave and Charlie both then had their faces touched, and Charlie had her hair pulled. Dave had a cobweb feeling on his face. Dave and John went into the other bedroom. The k2 metres started going off again as soon as they left, and everyone agreed they sounded like morse code. Andy felt a freezing cold blast. John had the back of his coat tugged when he went to check the marble trigger object in the attic. Andy made him walk out again, and the k2 metre flashed, he walked back in, and they flashed again.

They then tried using the ghost box. They asked for a name and got "John". They asked if they wanted John to come back in the room, and the k2 metres went to red. Everyone could smell burning. They then heard "shut up". The burning smell was getting stronger. They heard the name "Tom". Alternate k2 metres were going off. John had his head, leg and back touched, and thought someone was standing next to him but there was no one there. Everyone heard a tap on the lamp. Both k2 metres went to red and stayed there.

John and Dave in the other bedroom had significant drops in the temperature. A vacuum that was stood upright, moved forward on its own. John then had a pinch on the back of his neck and foot. As he was telling Sam, Sam saw a flash of white light behind his legs, up the wall. On the ghost box, they picked up the names Tom and Harry.

They all then decided to move outside to the barn. Andy felt jolly/happy in there. He felt it may have been a play area. The young boy they were picking up on earlier, had a sister, named either Lizzy or Izzy, and he plays with her in the barn. Andy saw a funny squiggle shape move in front of him. Dave felt the year 1664 was connected to them. The little boy was wearing brown / green trousers, maybe tweed? Jo thought Izzy was a cat that lived in the building now. They decided to try glass divination. As the glass moved, Jo saw a cloud of smoke, similar to what Andy saw. The glass started to tip. Jo saw smoke again by the door. The glass kept tipping off the edge of the board. They asked him where he was standing, the glass pointed to where it was tipping off. He was adamant he wanted to be called sir, confirmed he was the male spirit from the bedroom. He wanted to talk to Sam. The team then changed members on the glass. The same male was on the glass, he didn't live there, he confirmed he was there for a business meeting. He had not affected John upstairs, and didn't know who it was affecting him. Dave asked him if he was a judge, the glass moved around in a circle, maybe/ sort of answer. He confirmed it was an important job. The team could not get any more answers, so they decided to call it a night.

2:15am:- They began to collect up all the equipment and trigger objects, none had moved. Andy did a closing prayer of protection. Investigation ended.