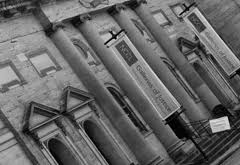 Team Spiritz were invited to this location by Staffordshire Paranormal Investigation Team (S.P.I.T), to assist them during their event, due to the Galleries dark history and as seen on Most Haunted we grabbed the opportunity to see what dark secrets lie within this notorious building.

8:30pm:- Team Spiritz arrived at the location and entered the courtroom, where S.P.I.T were giving a health and safety talk to all of the guests. They then split everyone up into groups/teams. Team Spiritz became part of the blue team.

9:30pm:- The blue team began the investigation in the courtyard and pits area. After having a quick talk from S.P.I.T about the area, Team Spiritz went into a very small cell in the pit area, along with 2 guests, Chris and Michelle. Andy began to call out, asking for spirits to touch them, Michelle felt something touch her leg, and Chris felt something touch his head. Everyone agreed it felt very dormant in there. Andy felt there was residual energy. Just outside of the door, chains were hanging on the wall, Sam noticed that they were swinging, Andy went up to them to check for draughts etc. but there were none, and was too heavy to move on its own. Andy's k2 metre began to flash, and the chains stopped moving. Andy was picking up on the image of a little man, he was a jailer, ugly, chubby, only 5ft tall. He was wearing big boots. Andy felt he was not as mean as he should have been, he just did his job. He paces around outside the cells.

They then moved away from the cells, up by the entrance of the pits, and stood next to some little railings that led down to the caves. Chris was picking up on the image of a male spirit stood by the railings. he was saying "you're next". He picked up on the year 1784. he felt his name was Robert P. Both Andy and Chris felt anticipation, a feeling of what's waiting? They both picked up on the fact he had long hair, stubble and horrible teeth. He was ugly and scruffy. He was holding a truncheon. Through the railings, everyone heard a shuffle then a bang, so Andy asked for it to happen again. Everyone heard someone clear their throat, but there was no-one there. Michelle was picking up on a prisoner that had been hung, she felt his name was Jack. Sam saw something move across the bottom of the steps through the railings. Andy had a quick image of a line of 4 people chained up against the wall in the caves.

They then moved into the courtyard. Andy had a feeling of being taken away, driven 20 miles to be executed. He felt the name Charlie was connected. He was never brought back. Andy felt he was 23. He was done for raping a young girl. He was dragged onto a cart. Andy felt very anxious. He felt he was from the 1760's. He was beaten, with his family watching. Louise then saw something walk in front of the gallows.

11:00pm:- The blue team then moved down the cells. Team Spiritz entered the condemned cell, along with Michelle and 3 female guests. Andy began to call out. Some guests saw a red light, and Michelle saw a white light by the blocked up window. Andy picked up on the name Marcus. Andy felt he was French. 20 people would have been in the tiny cell at once. Andy could see Marcus had 2 broken arms, he was swinging them around! He was seriously injured. Some of the guests felt a cold draught blowing on their necks. Andy saw a shadow standing in front of him. Michelle felt something by her, and she was standing next to Andy. They decided to try doing a seance. They stood round in a circle holding hands, while Andy called out, with the k2 metre in the middle on the floor. Louise could hear taps coming from the k2, the k2 kept flashing. Andy had a cold breeze down his left side, also the guest standing  next to him could feel it. The cold then moved around the circle. Andy then picked up on the jailer from earlier, he was banging a stick. Andy asked if it was him, and the k2 metre flashed.

They moved into the next cell. Andy began to call out. Some of the guests felt a cold draught. Michelle felt the cell and the bed in there belonged to a woman. They could hear another team doing some table tipping in the next cell so they decided to join them. The spirit on the table was very aggressive. Andy joined them on the table. The spirit present was a man who killed children, he was nasty. The team doing the table tipping had picked up on one of his victims earlier, a little girl. One of the mediums from the team said the girl had gone, so the man left aswell, to follow her, and the table stopped moving. Team Spiritz and some guests stayed in the corridor while the others took the table into the condemned cell. Andy felt the corridor was very busy. He felt like something was pushing him back, stopping him moving further up the corridor. Louise felt unwell, dizzy. She had the taste of blood in her mouth. Andy held her hand - he felt like she had been kicked in the teeth. Louise wanted to keep spitting. Andy and Sam took Louise out of the area until she felt better. They then went back into the end cell, where the table tipping had took place. Andy felt angry. It would have been used as a solitary cell. Andy began to feel unwell so decided to leave.

12:15am:- All of the blue team decided to investigate courtroom one. Team Spiritz observed while S.P.I.T and some guests tried doing some table tipping again, where they connected with the nasty spirit again. Andy sat in a big chair at the head of the table, he had shooting pains in his neck. He was picking up on the image of a male, he felt his name was Edward, he was a worker in the court, a clerk. He felt he was not a negative spirit, but he was strict at his job. The team on the table then said the nasty spirit on the table was Edward Johnson. Andy felt they were not the same spirit. Photos were taken around the courtroom and calling out was done.

1:30am:- Everyone headed into the caves. S.P.I.T called out. They threw a penny and asked spirit to throw it back. A few noises were heard. Some guests felt cold spots at various spots around the room. S.P.I.T tried their franks box but got no response with it. They then tried doing a seance. Cold spots were felt so they moved around the circle. Andy did some calling out. A few guests had to be taken out sick. Andy tried using his laser wall, he was drawn to the doorway. Andy called out, asking spirits to walk through the lasers, it seemed very flat and quiet in the caves, so Team Spiritz decided to call it a night.

2:00am:- Closing prayer of protection was done by Andy. Investigation ended.