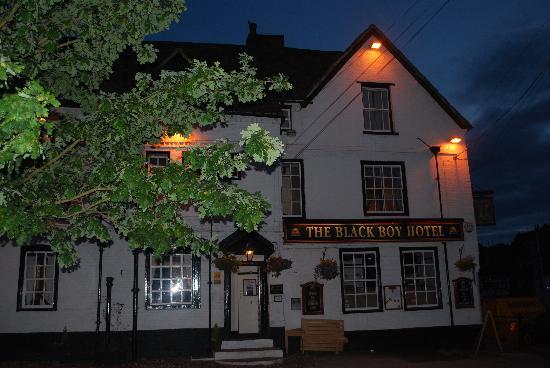 Team Spiritz were kindly invited back to this location to conduct further investigation into its supposedly paranormal activity, we found it very interesting the first time round so couldn't refuse to take our new team members for the experience

8:30pm:- Team Spiritz arrived at the location and entered the barn which they used as a hub for the evening. Equipment and Trigger objects were set up, and photos were taken, with orbs caught already.

9:15pm:- Investigation began with a circle of protection done by Andy. Sam and Jo heard footsteps in the corner, so Jo went over. Jo was picking up on a male spirit, he used to look after/tend to something. She felt it was either cows or horses. He was quite old, and had a beard. Andy was also picking up on him. He felt he was inquisitive, he asked the team - "what you doing?". He was not an angry spirit. Jo felt his name was George, and got the year 1782. He was a stable boy. Andy could see him in black trousers, a white shirt, a waistcoat and a cap. He was grumpy. Andy asked him to walk to the k2 metres, Charlie's started to flash. Andy was then picking up on a little boy. He was from the same time period as George. He felt his name was Tom/Thomas, and he was not sure if it was a first or surname. Dave was picking up on the name Gerald. Andy could see Tom running around. He felt something was behind him and took a photo over his shoulder. He felt that George may be Tom's granddad. Andy asked Tom if he was grounded, he replied - "no, I just like to come and play sometimes". He has a big sister. Charlie felt she was much older, in her early 20's. She felt it was a large family. Jo had a horrible feeling in the corner. Andy was piking up on a fire, in the late 1700's/early 1800's. Tom and George would know about the fire. No-one died in the fire. John felt that one half of him was red hot and the other half of him was freezing cold. Everyone then heard a tap. John felt a cold breeze blow across his face. Andy was then picking up on a negative energy, who was not happy about the team being there. Andy felt he used to beat women, as Andy said it, Charlie's k2 metre began to flash. Dave heard something move. Andy heard - "you've got no right knowing my business!". Dave then saw something move through the bar hatch, a 6ft shadow. They tried to recreate it, but couldn't. Andy began to feel ill. He then had images of him pinning a woman to the ground, punching her, saying "no fucking women tell me what to do!". Jo told him to go to the k2 metre, again he said "Nobody tells me what to do!". Jo said - "He can't make it go red - he's not big enough!". Andy's k2 metre began flashing. He said, through Andy, "She's a fucking woman, she deserved it!" Andy felt it was mid 1800's. He then felt calmer as he moved away. Tom had been hiding, and said to Andy - "Can I come out now?".

They then decided to try glass divination. After confirming the answers for yes and no, they connected with a male spirit. He used o live there. He confirmed he could spell his name, so Andy asked him to write his name with the glass, he wrote oi. He confirmed he was saying oi to the team! Dave asked him if his name was Gerald, he said yes. He confirmed he didn't mind showing his existence as he didn't mind being there. He was a landlord. All of the team then introduced themselves to him. He said he couldn't write numbers. He said he was grounded and didn't know he was dead. Charlie then asked if there was a female spirit present? The glass did not move but there was a tap in the bar hatch. Andy asked for 2 taps, and got 2. Andy's ear began to feel funny. Gerald then came back on the glass. The team felt more energy around, Gerald confirmed he had bought his family with him, his wife and 3 children, 2 boys and 1 girl. Tom, who Andy picked up on earlier, was actually his son, and George, who Jo picked up on earlier, was in fact Gerald, so Tom is Gerald's son. He confirmed all of this. Charlie was picking up on the name Abigail. Dave was picking up on the name Pam. Dave could see George wearing a white neckerchief. Jo could see him with a beard, and needed a shave. He was wearing a white shirt and black trousers. He confirmed all his family were together now. Andy asked if they had died in  fire, he said no. Andy asked if the year 1782 was connected, got a very strong yes, confirmed it was a special year. They asked him where he was standing, the glass pointed between Andy and Charlie. Andy felt he was trying to talk in his ear, he had pressure in his ears.

11:30pm:- They then went upstairs into room 6. The k2 metres were flashing instantly. John tried scrying in the mirror. After a while, he saw his face change, he had a fat face and a beard. Both k2 metres were flashing to maximum. Andy then tried scrying, he saw a male with a beard, long hair past his ears, a goatie and a fat face, scruffy looking. After finishing the scrying, Andy felt drunk, light-headed, and had chest pains. Andy was connecting with a male spirit who was trying to stop him from saying things. He felt he was a highwayman. He felt he had got drunk, had a heart attack and died. He was in his late 40's. He had a goatie. He stayed there quite regularly. He was not a vicious man, he had never harmed anyone. He used to visit a lady there, but not that building, it was way back. Andy asked him to show the team he was present, and both k2 metres flashed to red. Jo asked him if had been a brothel? Through Andy, he answered "It wasn't a brothel, but there were very fine women!". Jo had images of sexy women, like burlesque dancers. She felt it was 1500's. Andy and Charlie both said 1526 at the same time. Andy also felt 1545 and 1555 were significant in some way. There was then a very loud tap on the bedside table. Andy felt someone stroke his face. Dave then realised that his camera had moved from one side of the bed to the other. Andy felt the woman he had been visiting was named Annabel. This was confirmed through the k2 metres. John saw a blue/green flash on the wall in the corner.

12:30am:- They all then moved downstairs into the snug, and began glass divination. Both k2 metres were flashing. They connected with a male spirit, he said he was connected to the area, he used to live in the area, before the hotel was built. The k2 metre was flashing to maximum. The male spirit had just come in visitation, he had come to see Dave, but he was not a family member. The glass started to move different, so the team thought a different spirit had come through, but they got all the same answers, so realised it was still the same one. They were getting no more information, but as soon as Andy said to end the session, the k2 metres started going wild. So they stayed on the glass, Andy was picking up on the year 1584, he confirmed this year was relevant. Andy felt there was a fire in 1584, in a house on the site of the hotel. The spirit confirmed this to be true. He was the owner of the house, and for some unknown reason, he wanted to communicate with Dave.

They then moved round the corner into the bar and continued with the glass. They connected with a female spirit. She was buried in the nearby graveyard. Andy asked her to spell out her name with the glass, but again, it wrote - oi! They then were getting no more proper answers, so again, Andy said to end the session, and the k2 metres started going mad again. Andy felt the year 1281 was connected to her. They were getting nothing else so decided to end the session.

1:30am:- They started collecting up all the equipment and trigger objects, none had moved. Closing prayer of protection was done by Andy. Investigation ended.